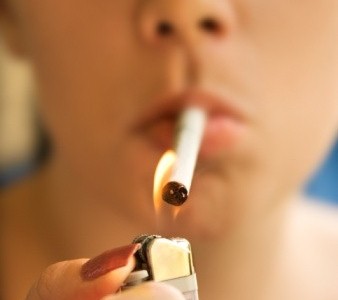 Dentists, along with the vast majority of healthcare professionals, are not supporters of smoking. The habit causes a wide array of health problems, and from a dental professional’s point of view, it contributes to gum disease, discolours the teeth and is one of the leading causes of oral cancer. As a result, anything that discourages smoking is good news for dentists.

It seems the UK public agrees with this sentiment, as a recent survey has shown that the majority of people want to see smoking removed from scenes in films that young people can view. This is according to a poll undertaken by the British Dental Health Foundation (BDHF).

The results of the survey showed that two-thirds (67 per cent) of the UK think that films showing actors smoking should receive a classification of ’18’ from the British Board of Film Classification (BBFC). This is the highest rating the BBFC gives out, and would ensure that young people are not able to view cigarette smoking on film.

This would place smoking in a similar category to illegal drug use. According to the BBFC, in 18-rated films “drug taking may be shown but the work as a whole must not promote or encourage drug misuse”. Many dentists would like to see the issue taken this seriously.

Dr Nigel Carter, chief executive of the BDHF, said: “The risks of smoking have been well documented for many years, yet for many young people the message still isn’t getting through. Children see movie stars as role models. If they are smoking, children are more likely to take up the habit.

“The same applies to sports stars, people we see on everyday TV and even parents. By re-classifying films containing smoking scenes, it could lead to a drop in the number of young children taking up the habit.”

Tobacco smoke interacts with saliva to damage cells in the mouth, which can turn them cancerous. This is exacerbated by the consumption of alcohol, which aids the absorption of tobacco into the mouth. As such, it is important for dentists to see young people discouraged from the habit.