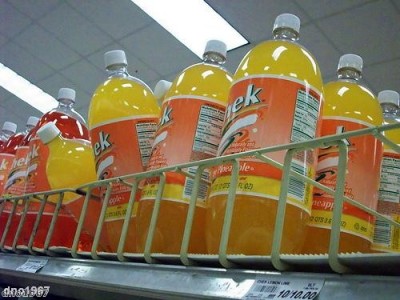 Sugar is the bane of many a dentist’s career. The chemical can do severe damage to people’s teeth, but is extremely popular and found in a large number of food and drink products. It can be especially harmful to children, who may have to suffer from tooth decay at a young age due to excessive sugar consumption.

As such, several organisations have moved to ban sugary drinks from schools. It might seem to many people that this would be an unpopular move, deemed a heavy-handed example of the so-called ‘nanny state’. However, a poll conducted by Populus for the BBC proves otherwise.

The survey found that two-thirds of the UK would support a ban on sugary drinks in schools and academies across the country. This would hugely cut down on tooth decay in young people, as it would cut sugary drinks out of a large portion of their daily lives.

However, the poll – which was carried out for BBC 5Live’s Richard Bacon programme – also found that a surprisingly large number of people would accept similar measures to help cut down the amount of sugar consumed by the general public.

A total of 59 per cent of respondents said they would welcome the addition of health warnings, similar to those on cigarettes, on the packaging of foodstuffs containing high levels of sugar. In addition, four in ten UK adults would support a tax on sugar similar to that on alcohol.

Three-quarters of the UK said they supported fixed limits on the amount of sugar used in certain foods, and 60 per cent said they wanted supermarkets to stop promotions on unhealthy foodstuffs.

However, members of the food industry think the issue is being simplified, and that sugar is not necessarily the enemy. Dr Julian Cooper, head of food science at AB Sugar, told the BBC: “It’s quite simplistic just to demonise one ingredient to the exclusion of all others.

“We would say that we’re probably consuming too many calories and probably doing too little exercise and activity. There is probably an over consumption of all calories; not sugar per se.”