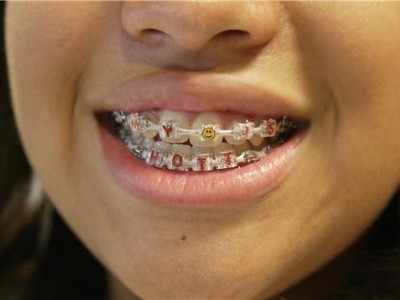 A new survey has found that almost a fifth of the UK would like orthodontic treatment, and do not seem to mind how long it takes as long as it is of a good quality. However, the survey has revealed a few shortcomings in the world of dental marketing, with patients admitting that they were unaware of certain procedures or had only heard of them through family and friends.

The survey was conducted by Ipsos Mori on behalf of the British Lingual Orthodontic Society. Almost a thousand people were surveyed across England, Scotland and Wales, all aged 15 and above, to uncover information about the dental preferences of Great Britain.

It found that 19 per cent of UK residents, or almost one in every five, believe that they would benefit from orthodontic treatment. This shows the high demand that dentists must deal with for cosmetic dental care, as more people are looking to orthodontic treatment to improve their smile.

When choosing orthodontic treatments, the UK public rates quality as the most important aspect, with 90 per cent rating it as one of the most vital aspects of cosmetic dental care. This was followed by cost, rated as important by 85 per cent of respondents, and access to a local specialist, chosen by 82 per cent of people.

The least important factor in deciding on orthodontic treatment was the length of time the procedure would take. Only 73 per cent of respondents rated this as important, with 27 per cent saying that it was not really a factor in their decision.

However, the survey did reveal that dental marketing is not working as well as it should. Participants were asked if they had heard of lingual orthodontics, a new type of ‘invisible’ brace fitted behind the teeth. Of those who had, only 12 per cent said they had found out about the treatment from a dentist, compared to 44 per cent who had heard from a friend or family member.