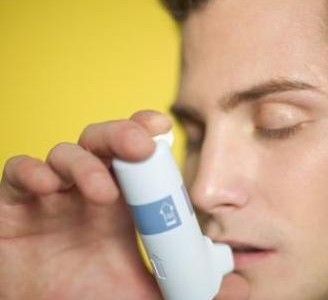 A large proportion of the UK is at unnecessary risk of several diseases, including asthma, due to poor oral hygiene. Several studies have shown the link between poor oral health, a lack of knowledge of oral hygiene and the contraction of illnesses.

One survey, published in the Journal of Periodontology, showed that there was a very strong link between poor oral health, specifically gum disease, and asthma. British adults with gum disease were five times more likely to develop asthma than the rest of the population.

The UK has some of the highest rates of asthma in the whole of Europe, and it is thought that our attitude towards oral health is one of the reasons for this. The British Dental Health Foundation (BDHF) estimates that over half of all British adults have an oral health routine that could be deemed ‘unsatisfactory’.

Mouthwash and dental floss, two products that play a large part in reducing the risk of contracting gum disease, are not being utilised by the majority of the population. Only 31 per cent of people use mouthwash, and even less use floss. Only 22 per cent of the UK regularly flosses.

Furthermore, only 24 per cent of UK adults know how much fluoride, a chemical that helps to improve oral health, should be contained in their toothpaste. According to Dr Nigel Carter OBE, chief executive of the BDHF, “brushing for two minutes twice a day using a fluoride toothpaste as soon as you wake up and just before you go to bed is a staple of good oral health”.

Asthma is not the only illness that can be caused by gum disease. Heart problems, dementia, pregnancy complications and pancreatic cancer are all linked to poor oral hygiene, and the risks of contracting them increase for people with gum disease.

Dr Carter said: “The research points to a significant association between gum disease and asthma. Both are incredibly common. In fact, gum disease is one of the biggest non-communicable diseases globally.”

He added that “asthma is in a long line of health problems”, and “however trivial the advice may seem, it needs to be followed”.