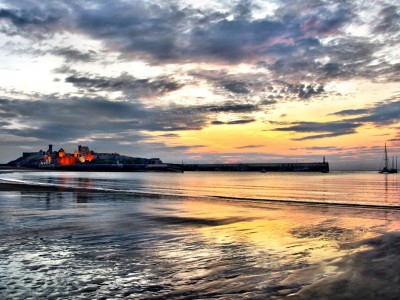 The results of a recent survey on the oral health of children on the Isle of Man have been released. They show how far the island’s dental healthcare has come in just a few years, with levels of tooth decay almost at the English average.

In total, the prevalence of tooth decay among Manx children under the age of five is 29 per cent. In comparison, the average for England is 28 per cent, meaning the island has just about caught up to the mainland.

This is a huge improvement for the Isle of Man, as just six years ago it had one of the worst rates of juvenile tooth decay in Britain. In 2008, the island reported a prevalence of tooth decay among children under five of 52 per cent. This means the government has managed to reduce this by a staggering 24 percentage points, an average of four a year.

Howard Quayle, the Isle of Man’s minister for health, said: “One of the aims of the department’s Oral Health Strategy 2011-2016 is to reduce the prevalence of tooth decay, especially in young children, to at least the average of the north-west of England by 2016.” This is a goal that the Isle of Man has easily achieved.

Mr Quayle said: “This is a modest improvement and I commend the hard work of our dental professionals, schools and nurseries for raising the profile of dental health through education and support of both parents and children.

“There is, as always, the need to be vigilant and continue to improve the overall health of our nation’s children by understanding the influence of healthy choices on wellbeing and good oral health.”