Homepage » The personal touch: Why human-led marketing is important in the age of automation 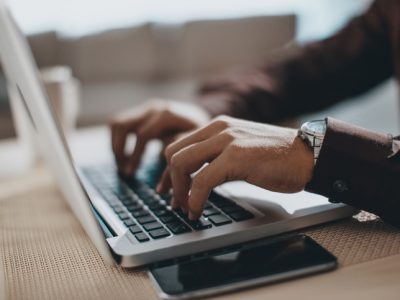 Businesses are increasingly choosing to automate their marketing activities, as it eliminates the more repetitive tasks, such as scheduling social media posts and sending out mass emails.

There are many advantages provided by this sort of marketing. However, when there is no human touch involved, businesses can miss out on opportunities.

Marketing automation firm Hubspot has described the reality of a number of companies making use of this technology. The company said that automation has “become a buzzword”, which has caused marketers to seek out software as they are under the impression that all of the digital marketing tools necessary for growth are provided by marketing automation.

However, this misconception means many marketers have sophisticated tools to automate the middle of their sales funnel, but no way of generating new leads. This can often result in businesses buying lists of contact details rather than creating inbound leads.

A lack of human input can lead to various problems with the marketing process. Matt Harty, senior vice president of Asia Pacific at Trade Desk, told The Drum: “Humans might not have the number-crunching skills to compete with a computer, but we have something far more important, which is relevant experience that can be used in both creative and analytical ways.”

He used the example of a computer having to be told and constantly re-testing the idea that women are more likely than men to buy cosmetics, while a human “doesn’t need to be told this or spend any time testing the idea”.

Mr Harty explained that human experience guides the computer or software to allow it to make the best decisions for a campaign. It’s therefore a good idea to ensure that your practice is not relying entirely on automation, but also incorporates the personal touch.