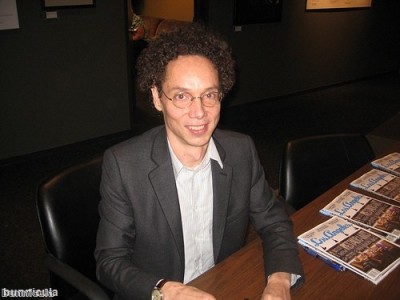 Being a dentist doesn’t always mean dealing with tooth decay and gum disease, improving patients’ health to ensure it is a while before they need to visit again. Many oral health professionals also spend a lot of their time dealing with the more aesthetic areas of dental care, straightening or whitening patients’ teeth.

This is an area that has grown hugely in the last decade, and cosmetic dentistry has become a major industry. It is something that has been reflected in many practices’ dental marketing, as the focus moves towards looking for a perfect smile and straight, white teeth. However, it is not just aesthetics, according to a leading social scientist.

Malcolm Gladwell, author of the bestselling ‘Outliers: The Story of Success’ along with many other books and articles, has indicated that the condition of people’s teeth might be the next big indicator of social status, and one way in which people might be discriminated against.

He claims that people with misshapen, crooked or discoloured teeth have a lower chance of overall success in life, along with obese people, as they are more likely to be denied an entry level job than people seen as fit and healthy.

He told the Times: “That’s kind of the way we’re moving as the gap between the fit and the unfit grows. The teeth thing and the obesity problems are the same: they are symptoms of the same set of inferences that are being drawn. I think those kinds of physical characteristics – that’s completely the next wave of discrimination.”

In the UK, there is already a large gap between the oral health of those living in deprived areas and the rest of the country. Mr Gladwell’s comments raise concerns that people from poorer backgrounds could struggle to escape their origins if people begin to discriminate based on oral health and the appearance of teeth.

This would be bad for the country as a whole, and might be something that dentists should consider incorporating into their marketing material. People may be willing to go without cosmetic dental treatments if they are unaware that teeth are becoming a marker of social standing.