Homepage » Should we tax sugary drinks? 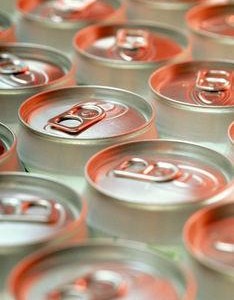 Most people react badly if they are told about a tax increase. It’s never a popular thing to have to introduce. However, taxation can have incredibly beneficial effects on a country, including improving the oral health of its citizens!

How does this work? Well, according to UK charity the Children’s Food Campaign the government should institute a 20p per litre duty on sugary drinks in order to discourage people from consuming them so much. The charity has conducted a study showing the beneficial effects this would have on public health.

The duty would make a two-litre bottle of sugary drink 40p more expensive, in theory discouraging people from buying the product. This would be especially true if this would tip the price of the drink above that of a sugar-free alternative.

With soft drinks being the largest single source of sugar for children aged 4-10 years and teenagers, this could have a huge effect. One of the main effects would be a reduction in tooth decay, especially among this demographic group.

The 20p per litre duty would have further benefits. The Children’s Food Campaign also found that over a 20-year period, the number of cases of diabetes in London would decrease by over 6,300 thanks to the tax. Over 1,100 cases of cancer would also be prevented, while the number of strokes and cases of coronary heart disease would fall by more than 4,300.

Furthermore, the tax would save an astonishing amount of money. According to the Children’s Food Campaign’s research, the NHS and public health budgets in London would save almost £2 million per year if the 20p per litre duty was introduced, for a total of £39 million over 20 years.

Dr Nigel Carter, chief executive of leading dental charity the British Dental Health Foundation, said: “Drinks packed with sugar have long been problematic to oral health. The figures released by the Children’s Food Campaign highlights the need for such a tax.