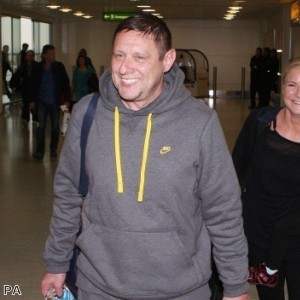 The Happy Mondays star told the Impossible singer that he should go to his specialist to get his teeth fixed after winning the competition last weekend.

“I quite like that James Arthur kid. He’s good but he should see my dentist,” the Happy Mondays star said in an interview with the Sun.

Ryder famously had cosmetic dentistry treatment costing tens of thousands of pounds to fix his teeth after they were left ravaged by drinking, taking drugs and smoking.

Arthur has already stated he intends to get his teeth fixed in order to boost his confidence.

The singer – from Saltburn-by-the-sea in Yorkshire – told the Daily Mirror that he tries to avoid opening his mouth because he does not want people to see his “crooked teeth”.

“It’s just a thing, everyone has their hang-ups,” he said, insisting he does not want to copy Simon Cowell’s cosmetic dentistry treatment.