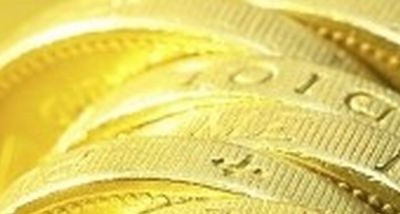 Scottish officials have rejected plans to provide substantial funds for the dentistry profession.

The government disregarded advice from an independent advisor and instead went for a lower than recommended grant for the NHS dental services.

The British Dental Association (BDA) revealed that there will be a 2.51 per cent increase in treatment fees which goes against the wishes of the Doctors’ and Dentists’ Review Body (DDRB).

Restrictions in dental funding have been frozen since April 2010, making regulations even stricter, equipment more expensive and staff pay packets tighter. In response, the DDRB recommended a 3.87 per cent rise in funding, while the BDA was even more generous, suggesting a 5.17 per cent increase over 2013.

The 2.51 per cent government expenditure, although small, is a response to a poor economic climate. While it might be easy for the dental community to be up in arms, the financial sector is still struggling to recover in a precarious environment.

Concerns for levels of patient care have been raised as smaller funds may cause dental professionals to postpone investments in their surgeries. Such a move could have negative implications for Scottish patients wanting to receive the best in subsidised treatment.

Dr Robert Donald, the chair of the BDA’s Scottish Dental Practice Committee, was disappointed with the move. He said: “The funding freeze of recent years has meant dental practices stretching their resources to breaking point in order to be able to continue caring for their patients. This uplift will not alleviate the challenge they are facing.”

Dr Donald hopes the industry can work together with officials to produce a means of surviving which will benefit as many patients as possible.

Dental marketing can be a great way of keeping your patients up to date with changes throughout the industry and make them aware of changes to your opening hours and price lists.

Patient newsletters along with dental posters can be simple and effective tools which give your practice maximum exposure while also reinforcing your dental brand.