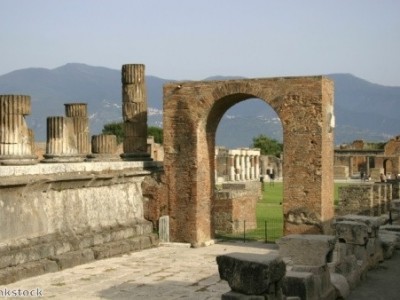 According to scientists who have been working on the bodies of ancient Romans preserved in volcanic ash at Pompeii, people living in Italy in the first century AD had better teeth than many people today, despite not having access to advanced dental care.

This disparity has been attributed to dietary differences, as Romans would not have eaten many of the unhealthy foods available today. They would not have used toothbrushes and other dental hygiene tools, but this does not seem to have negatively affected their teeth.

Dental expert Elisa Vanacore told the Daily Telegraph: “The inhabitants of Pompeii ate a lot of fruit and vegetables but very little sugar. They ate better than we did and have really good teeth. Studying their teeth could reveal a lot more about their lives.”

The findings were based on CAT scans of 30 men, women and children who were killed in the eruption of Vesuvius in 79AD. In addition to their excellent diet, the people had also benefitted from the high levels of fluoride in the local water, which was found in their bones.

The people who died in Pompeii were covered in layers of hot volcanic ash when they died, which created a cast of their bodies at the moment of death. Although the soft tissues have long since decayed, it is possible to recreate the people by pouring plaster into the casts, before chipping away the pumice.

However, these recreations have hindered archaeologists in their bid to study the bones and teeth of the victims, as these became part of the plaster casts.

The research was carried out as part of a wider project to discover more about the people who lived and died in the Roman city, and 86 casts are due to be scanned.

Unfortunately, some of the people are in positions that are too awkward to fit into the CAT scanner, such as a woman sitting with a small child on her lap.