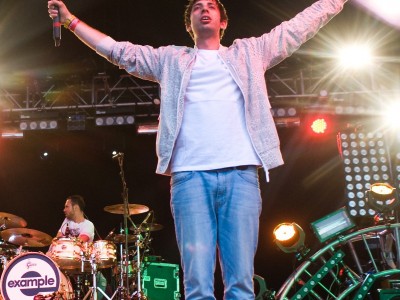 Rapper Example has explained he was bullied about the size of his teeth as a child.

The star – who has had hits with songs such as Won’t Go Quietly and Kickstarts – told the Daily Star about his torment at the hands of the bullies.

He explained although his teeth have remained at the same size since he grew up, his head has now grown so they do not look as large.

“I used to get called a whole range of things, from Bucky O’Hare to Goofy,” he was quoted as saying by the news provider.

Example shot to fame in 2010 before enjoying an even better year in the last 12 months when he topped the charts on two separate occasions with Stay Awake and Changed The Way You Kiss Me.

He is set to release his new album at some point in 2012 but it is as yet untitled.