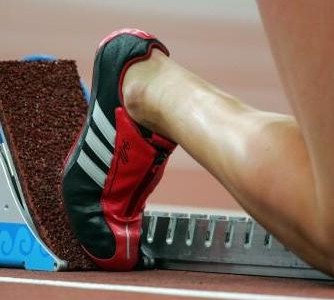 Athletes who competed at the Olympic Games at London last year have admitted to having levels of oral health akin to those of people living in some of the most disadvantaged societies, according to a study.

The research – published in the British Journal of Sports Medicine – revealed that 18 per cent of the sportsmen and women also felt that their poor standards of oral health also affected them negatively when it came to their performances.

Report author Ian Needleman said: “If we are going to help them optimise their level of performance we need to concentrate on oral health promotion and disease prevention strategies.”

Just over 300 athletes took part in the study, representing 25 different sports in total. Of these, nearly 35 per cent competed in track and field events, 14 per cent in boxing and 11.4 per cent were hockey players.

They were asked to assess how their oral health impacted on both life quality and their ability to compete, while they also received a thorough oral health check-up.

Researchers discovered that over half of those examined were suffering from tooth decay – 41 per cent of which was irreversible.

Similarly, three quarters of the athletes were diagnosed with gingivitis, while a further 15 per cent also showed signs of periodontitis – advanced gum disease.

Mr Needleman added that it was “amazing” that people who are known as being in an elite class when it comes to their physical capabilities are struggling to look after their oral health – “even though this negatively impacts on their training and performance”.

The report concluded that the promotion of oral health and interventions for preventing disease is “urgently required” among athletes in order to help them achieve maximum performance levels – something dental marketing could certainly assist with when it comes to raising awareness.