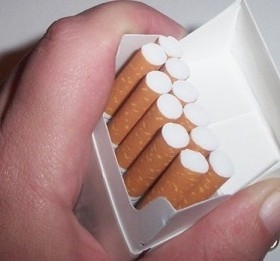 MPs have backed legislation to introduce plain packaging for cigarettes and other tobacco products by a large majority of 367 to 113. Interestingly, 25 per cent who voted against the proposals had a declared interest in the tobacco industry.

The move is significant for dentists because the measure has been shown to cut the level of new smokers in Australia, which has had plain packaging since 2012. The Republic of Ireland also adopted the policy last month.

Since smoking is the main cause of the UK’s 6,500 cases of mouth cancer that are diagnosed every year, the decision could mean a significant fall in the disease. Overall, 2,000 people die from mouth cancer in the UK per year.

A review by Sir Cyril Chantler found that plain packaging leads to a small reduction in the number of new smokers. However, even a slight drop can have a significant impact in terms of public health.

Over 200,000 children aged 11-15 start smoking in the UK every year, and young people are particularly attracted to glamorous packaging.

Ken Lavery, of the British Dental Health Foundation welcomed the decision, saying: “I am delighted that standardised packaging will now become law in May next year. We have often criticised the government on its lack of movement on the issue, but this is a real win and one we can be very proud of.

“There was a concern that the government would continue to drag its feet over the decision, but after lobbying the government to review the evidence available common sense has prevailed.”

In addition to mouth cancer, smoking is associated with a number of other dental health problems. These include plaque, bad breath, stained and missing teeth, as well as gum disease.
The new packaging will be olive-green, as consumers have been found to connect this colour with unhealthy outcomes. Although the vote took place on March 11th, plain packaging will only start to be enforced by law from May 2016.