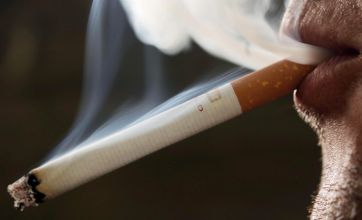 It is well-known that smoking tobacco can cause a whole range of oral health issues, from tooth discolouration to mouth cancer. However, new research suggests that passive smoking can also cause harm to teeth, particularly those in the mouths of young children.

This is a worrying statistic, especially when combined with the large number of children who live in a home where people regularly smoke. The Royal College of Physicians puts this figure at almost two million, with 8,500 children a year hospitalised as a result.

Second-hand smoke has already been fairly conclusively linked to being a cause of tooth decay. In order to tackle this, the Labour Party has made plans to try and institute a ban on smoking in cars with children.

Dr Nigel Carter, chief executive of the British Dental Health Foundation, said: “Banning smoking in private cars is another positive step in the attempt to curb the increasing incidence rates of mouth cancer and the general improvement in oral health.

“By further limiting the amount of exposure young children have to second-hand smoke, hopefully we will see continued improvements in children’s oral health figures, as well as a reduction in the number of mouth cancer cases.”

The Labour Party hopes to help out by limiting the number of places people can smoke. This leaves them free to continue the habit in their own home, but removes a number of the instances where their habit would harm others, including young children.

Dentists should therefore be doing their bit to encourage their patients to limit the number of cigarettes they smoke, or quit altogether. For example, dental marketing tactics such as leaflets or posters could be used to discourage people from reaching for the cigarettes.