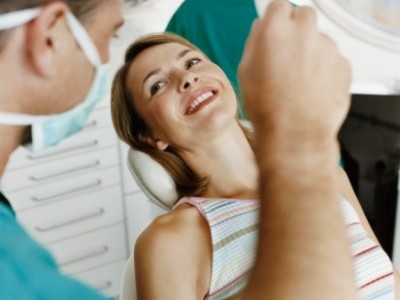 It seems that dentistry misses out on all the exciting medical discoveries. The news is full of announcements that various diseases could be cured thanks to an incredible new invention, but dentistry never really gets a mention. However, some recent research has discovered a fairly amazing new advance in the field.

Periodontitis, a type of severe gum infection, is fairly common in the UK. Research has already shown that gum disease can easily lead to health problems such as heart attacks and strokes, so treating it is very important. Most commonly, this is done by scraping away any plaque that is causing periodontitis and administering antibiotics.

The problem with this treatment is that there are several risks. Often, microbes won’t be affected by the specific antibiotic used, or they will become resistant over time. This can lead to the periodontitis coming back fairly quickly. However, scientists have made a new discovery that could lead to an easy cure.

It has been known for a while that ozone has strong anti-microbial properties and works well in the mouth. Microbes also do not become resistant to it. The problem is that water treated with ozone is only useful for around five or ten minutes before becoming weak and losing its useful properties.

However, scientists at Tokyo Medical and Dental University and Japan’s National Institute of Advanced Industrial Science and Technology have discovered a new substance called ‘ozone nano-bubble water’. This has the same properties as water treated with ozone, but retains its effects for up to six months.

This means dentists all over the world could soon be treating their patients’ gum disease with something that sounds like it comes from science fiction. However, there are one or two issues with the procedure.

Firstly, the substance has only been tested in vitro at the moment. It still may not be suitable for use on live humans, but further research will indicate this. There is also a chance that live saliva could neutralise ozone nano-bubble water, rendering it useless. However, if research are positive then dentists could be using this new substance as part of their daily routine.