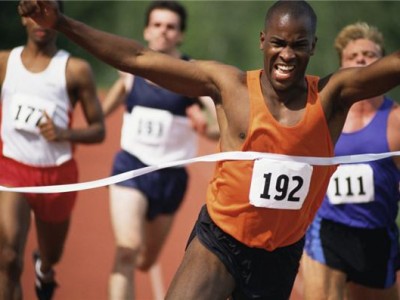 New research has found yet another negative effect of poor oral health. Not only do people with tooth decay have to suffer from pain, bad breath and an assortment of other health issues, it turns out they also can end up performing poorly at sporting events.

This research comes from the Oral Health and Performance in Sport conference, held on April 4th at the Roberts Building of University College London. Here, dental health professionals who had worked with and researched athletes presented their findings.

The conclusion of the event was that poor oral health impacts athletic performance. This largely only affects those at the absolute pinnacle of their chosen sport, where even tiny differences can be the deciding factor between a gold and a silver medal.

A study from last year found that around one-in-five Olympic athletes from the London 2012 games said that poor dental health impacted on their training and performance. This is a significant enough number that some trainers and teams are taking action already.

One of the first to make changes as a result of the study is the UK Olympic boxing team. Doctors working with Team GB’s boxing squad are now paying greater attention to the oral health of their athletes, in the hopes of seeing an improvement in their performance overall.

Dr Mike Loosemore, consultant at the English Institute of Sport and a doctor for Team GB’s boxers, told the BBC: “I’ve become aware over the years that dental problems have been interfering with training. It stops them getting that little bit fitter and may have a consequence when they get into the ring and box.

“They don’t like going to the dentist… However, it has made a difference to their teeth and they are spending less time away from their training, and that will make them a better boxer. They may not appreciate it now, but hopefully they’ll appreciate when they’ve got a gold medal round their neck.”

Dentists can potentially use facts like this in their dental marketing, to encourage their patients to look after their teeth. This can work especially well with young people who idolise famous athletes.