Homepage » One Direction star Niall Horan to have braces removed 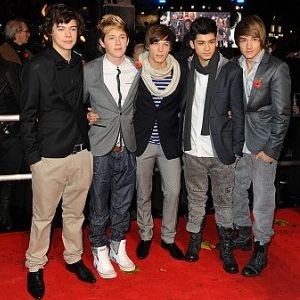 One Direction singer Niall Horan is to have his braces taken off “imminently”, it has been revealed.

According to a report by Heat magazine, the star could be undergoing treatment to take the braces away this month.

A source told the publication how the braces will be removed from the 19-year-old’s teeth in the next couple of weeks.

Horan himself recently told BOP that he would be visiting his dentist when he gets back from New York to have the braces tightened, but this would be his last adjustment before they come off.

“Then the next time I go, which is about six weeks later, I get them off. So January, yeah,” he said.

Horan could be set to rocket to the top of best celebrity smile lists after his braces are removed, with his competition including the Duchess of Cambridge and Holly Willoughby.