Homepage » Office workers are at risk of poor oral health 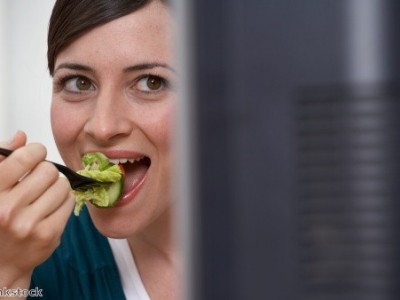 Modern work and lifestyle trends are having a significant effect on oral health prompting dentists and hygienists to encourage people to be more aware of the dangers they face.

Following a survey into oral healthcare by sugarfree gum brand Extra, UK dentists and hygienists have said that those who snack during the day are most at risk of developing oral health problems.

Office workers have been identified as the group most likely to develop disease with 40 per cent admitting to eating small amounts throughout the day and not brushing or chewing after.

But they aren’t the only at risk group – those who drink wine or spirits with a mixer three or more times a week (51 per cent) and coffee shop regulars (23 per cent) are also high risk categories, highlighting the effects of modern work and lifestyle trends on oral health habits.

Yet understanding of the effects of grazing and alcohol on teeth are low among the wider population, according to dental professionals.

Almost half of the dentists and hygienists polled by Extra (42 per cent) believed people who eat small snacks throughout the day are at the greatest risk of developing problems, prompting 84 per cent to conclude patient awareness remains low.

Furthermore, the majority (79 per cent) of dental professionals questioned believed that most patients are failing to follow even the simplest oral care recommendations, such as brushing for two minutes twice a day.

And their concerns do not go unfounded; the research revealed that 21 per cent of office workers are in such a rush in the morning that they regularly skip brushing their teeth altogether. Of those who do manage to squeeze in the time, a massive 88 per cent fail to brush for the recommended amount of time.

Louisa Rowntree, Wrigley Oral Healthcare Programme (WOHP) manager, said: “These research findings demonstrate that consumers simply don’t understand that their teeth come under constant attack and the importance of committing to a daily oral care routine. Dental professionals recognise that sugarfree gum is a vital addition to brushing twice a day especially when consumers are away from home.”

Independent clinical research and laboratory trials have shown that chewing sugarfree gum for 20 minutes after meals can help to reduce the chances of tooth decay by neutralising the plaque acids which can damage tooth enamel.

In addition, sugarfree gum can protect against early damage to tooth enamel and rebuild enamel which has already worn away.

WOHP says its mission is to publicise these messages as well as make people aware of their overall dental health and the things which can prove harmful to it.

It also aims to work with dental healthcare professionals to help further spread the word about the benefits of chewing gum in between brushing in order to help counteract lifestyle trends and bad office habits.