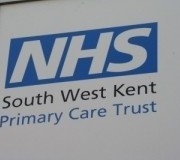 The release of new official figures shows more people are using NHS dentists when compared to statistics from five years ago.

According to the NHS Dental Statistics for England – 2011/12, second quarterly report, some 29.5 million patients were seen in the 24-month period ending December 2011, which is a rise of 1.3 million on five years previously.

It was noted that this represents 56.4 per cent of the population compared with the 2006 baseline of 55.8 per cent of individuals in the UK.

The report also examined the number and percentage of children seen by an NHS dentist and found they are now equal to the March 2006 baselines of 7.8 million and 70.7 per cent.

Chief executive of the British Dental Health Foundation Dr Nigel Carter stated the figures show the improvement in dental care in recent years, adding: “It is certainly an encouraging step to see the NHS carrying out greater levels of activity.”