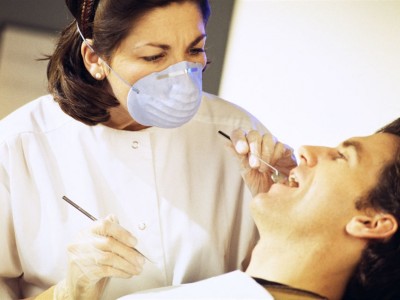 An innovative new material could cut the number of traditional fillings that fail by as much as 86 per cent, according to a team of dental researchers at the University of Bristol’s School of Oral and Dental Sciences.

The organisation has already published research that shows at present, as many as one in seven fillings fail, mostly as a result of infection. The subsequent replacement and follow-up care makes up a major part of many dentists’ day-to-day workload, as well as causing significant inconvenience and expense to patients.

Senior biomaterials lecturer Michele Barbour and her colleagues have developed a substance called Pertinax, which is designed to be used in conjunction with the antimicrobial agent Chlorhexidine. Using the two substances together significantly extends the short period of protection against infection the existing material provides.

This is because Pertinax dissolves very slowly, allowing its benefits to be released over a much longer period of time than previously thought possible. It is also hoped that the substance could be beneficial for treating wounds and preventing infections from catheters.

Dr Barbour said: “Research shows there is a clear need for long-acting antimicrobial products used in fillings and cements for crowns, bridges and orthodontic braces which will treat and prevent persistent bacterial infections over a much longer time frame than is currently possible.”

The work is seen as having so much potential that Dr Barbour has already been awarded the £25,000 Materials Science Venture Prize by the Worshipful Company of Armourers and Brasiers. Bill Bonfield, chairman of the prize’s judging panel, said: “This is a significant development which should help prevent some hard to treat infections affecting millions of people. Our prize looks to encourage scientific entrepreneurship in the UK and provide funding, which is often difficult to source, to help bring new developments like this to market.”
She intends to use the money to create a commercial venture to establish the business viability of Pertinax, with the aim to focus on its marketing and production.