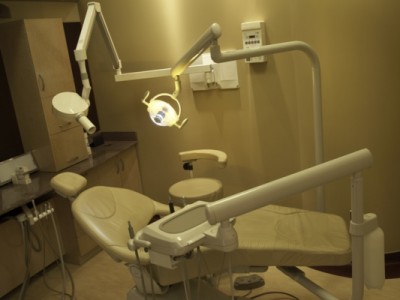 The dental industry is spending vast amounts of money on new equipment to accommodate overweight patients.

The chairs, costing £25,000 each, have been fitted in several practices nationwide as a result of Britain’s sugary diet. A 2012 study in the British Dental Journal reported that replacing medical equipment to cope with obesity will have “very serious” cost implications on the NHS.

Tam Fry of Britain’s National Obesity Forum said: “With almost all new seats that are being made now for public places people are having to think about new widths because, with three-quarters of the adult population overweight, girths are bigger.”

Recent research highlights that type 2 diabetes is on the rise among people under 40.

The disease occurs when the body does not produce enough insulin to cope with the demands of high sugar levels and is commonly associated with obesity. The condition is normally treated with a healthy balanced diet and regular exercise.

However, new equipment for practices is not the only rising problem as this national problem takes its toll. Continually high consumption of fizzy drinks and sugary food are the main cause of widespread tooth decay. Diabetic patients are more likely to suffer tooth loss.

Dental professionals must reinforce the need for a healthy sugar intake in dental welcome packs and dental practice brochures. Checklists and preventative techniques may be useful in helping tackle the rising strain on dental practices.

Spirits mixed with coca cola, a popular choice with club-goers, is said to be the worst alcoholic option for the teeth. Cocktails made from concentrated fruit drinks have a high-sugar and calorie content.

Dentists strongly advise cutting down on carbonated drinks which contain phosphoric and citric acids to combat the erosion of white tooth enamel.

Although the intake of processed sugar and fizzy drinks is not expected to decline in the near future, it is important to raise awareness in any form possible to gain the upper hand on this epidemic.