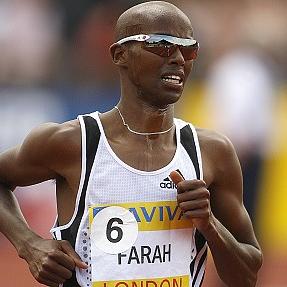 Mo Farah has been named the owner of the best smile on the Team GB Olympic squad.

The Games get underway in London in just a couple of weeks and Farah – a middle-distance runner – is among Britain’s best hopes for a gold medal in the track and field events.

He already holds the European 10,000m title and the World 5,000m and will be competing in both events at this summer’s Olympics.

A survey by the British Dental Health Foundation discovered almost a third of people (29 per cent) think Farah has the best smile on the team, with heptathlete Jessica Ennis coming in second with 25 per cent of the poll.

Diver Tom Daley collected 20 per cent of the votes and 70 per cent of those who took part stated they believe those with a better smile have a greater chance of winning at the Games.

Chief executive of the foundation Dr Nigel Carter said: “If we are smiling and feeling confident, we often perform better in the workplace.”