Homepage » Mediterranean diet can halve the risk of mouth cancer 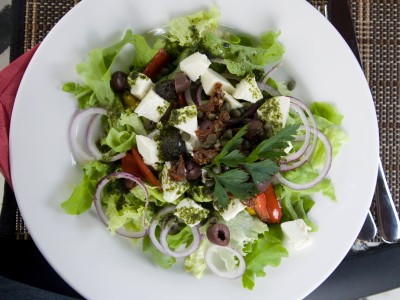 Mouth cancer is one of the only cancers in the world today that isn’t seeing a reduction in the fatality rate. In fact, the number of deaths is unfortunately increasing. The UK has seen an alarming number of oral cancer cases recently, with many healthcare professionals wondering what it is about British life that makes people susceptible to the disease.

A new study, published in the British Journal of Cancer, suggests that the answer could be found in the UK diet. Researchers looked at data collected in Italy and Switzerland between 1997 and 2009, and measured how much the thousands of people recorded in the study adhered to a ‘Mediterranean diet’.

This typically includes plenty of white meat, lean red meat, nuts, fruit and vegetables, while also featuring a low alcohol intake with meals and a low number of sweet items. The diet is common in countries like Italy that border the Mediterranean Sea, hence its name.

The researchers discovered that among the people in the study, those that adhered closely to the Mediterranean diet had a significantly lower chance of developing mouth cancer. They were around half as likely to contract the disease as those with different diets.

Young adults, non-smokers and those with a higher level of education also saw a reduced chance of developing the disease, although among these groups those that stuck to a Mediterranean diet were even less likely to contract oral cancer. This shows just how much a poor diet can put people at risk.

Dr Nigel Carter, chief executive of the British Dental Health Foundation, said: “It’s really interesting to note just how the risk for mouth cancer drops according to how thorough the med diet is. The absence of processed foods is a key element to this. It’s really simple to develop a diet that can keep you out of harm’s way.”