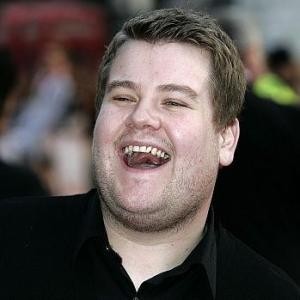 Comedian and actor James Corden has spent several hours having his teeth transformed in order to play singer Paul Potts in a biopic of his life.

Gavin and Stacey star Corden will be playing the Britain’s Got Talent star in a new movie and film boss Harvey Weinstein even flew in to ensure the teeth had the right look for Potts.

A source told the Sun that Corden spent six hours in a dentist’s chair at the studios where the movie is being made, where a team worked on his teeth in order to get the right look.

“The full make-up and wardrobe team had a say, with the director, producers and exec producers offering their thoughts,” they were quoted as saying by the newspaper, adding a full camera test was carried out as filming is set to begin on the picture in the coming days.

Extensive dental work had to be performed on Corden due to the fact that Potts – who rose to fame after an appearance on Britain’s Got Talent in 2007 – is such “a distinctive-looking bloke”.

“His face is so well known in the UK, they have to get it spot on,” the insider told the paper.

Now Corden has the right look to play Potts in the film – which is titled One Chance – the movie is set to start filming in Venice next week.

As the comedian and actor – who recently saw his six-part series of a comedy-thriller called Wrong Trousers commissioned – is so busy, he has had to turn down a US GQ Award for Man Of The Year.

Cosmetic dental work is common for many celebrities, but actress Kirsten Dunst, who is recognised by her famous smile, has pledged she is never going to get her teeth fixed as she likes them as they are.