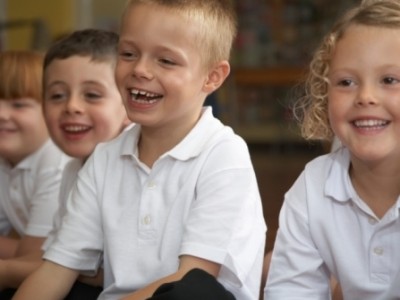 A new programme has been launched to encourage young children to make their own health and wellbeing a priority, all while learning some fun rugby skills.

The Something to Chew On initiative is aimed at children from the ages of seven to nine years old and has already proven to be a great success.

The project, which has included 11,000 young people across 400 different schools, works to combine classroom learning with outdoor rugby-themed activity. Although promoting safe and fun rugby is at the heart of the project, it has also proven to be an effective way of promoting good oral health and is helping to tackle obesity.

More than half of those who have taken part in the initiative report eating fewer snacks and crisps, while their fizzy drink intake has also decreased.

Led by Premiership Rugby, Public Health England and BT Sport’s The Supporters Club, the initiative is going from strength to strength, according to Premiership Rugby’s community development manager Lydia Good.

She said it’s important that healthy eating messages are part of the school curriculum but need to be taught in a way that is fun, interesting and enjoyable way as it helps it become something they are willing to take on board, rather than feeling like they are being told what to do.

“We’ve seen the programme’s benefits and it’s great to see that these benefits continue to be reaped by the kids who are doing the programme in schools. Something to Chew On will continue to take place in schools for the run-up to and during the Rugby World Cup, then during the 2015-16 Aviva Premiership Rugby season. Children will see the professionals at the top of their game playing the sport then be enjoying rugby in school at the same time and into the future,” Ms Good said.