Homepage » Government not going through with FD pay cut 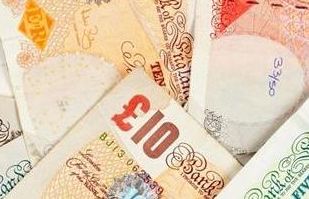 Foundation dentists (FDs) already have a fairly tough time. Having just graduated, they are thrust into almost full-blown dentistry and have to learn quickly, while still paying off the cost of their education. However, up until recently it looked like FDs would have to suffer a £2,000 pay cut as well.

However, after a great deal of campaigning from various groups of dental professionals, the government has backed down and agreed not to implement the pay cut. One of the main organisations involved in campaigning for this, the British Dental Association (BDA), released a statement on Thursday (August 28th) expressing their happiness at their success.

“This is a victory for young dentists and for common sense,” said Mick Armstrong, chair of the BDA Principal Executive Committee. The organisation believes it was instrumental in the government’s decision to back down on the proposed pay cut, as it threatened to pursue judicial review proceedings after an extended campaign of petitions and lobbying had little effect.

“The Department of Health should not be balancing the books off the back of young dentists,” said Mr Armstrong. “We were determined to fight their corner, and stand up for the next generation.

“Although this has been a protracted and difficult process, the Department of Health has at least had the good sense to avoid prolonging matters further with a costly and damaging legal battle.”

It is estimated that the £2,000 saved for each FD equates to around £2 million that will now be going back to graduates. This will be one less thing for FDs to have to worry about, as they already have their student debt and the task of learning the ropes of dentistry on their minds.

The BDA was also quick to point out that this incident proves the organisation is not afraid to resort to legal action if that is necessary. The BDA has been quarrelling with the General Dental Council for some time, and it looks as if the latter organisation should take note of these developments.