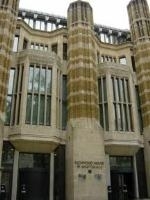 The coalition government has been reminded that it needs to make sure it uses the expertise of local dentists when planning reform of the industry.

Conservative peer Lord Colwyn told the House of Lords that progress towards a new dental contract has been made over the course of the last two years, since the coalition came to power in May 2009.

Although he welcomed the Department of Health’s recent decision to extend the pilot period until March 2013, the British Dental Association (BDA) noted how he also pointed out dentists have grown frustrated with Care Quality Commission registration.

“Lord Colwyn also touched on the changes that dentistry faces as a result of the Government’s health reforms, with the NHS Commissioning Board taking on national responsibility for commissioning dental services,” revealed a statement from the BDA.

The Department of Health recently announced another 1.2 million people have been given access to dentistry on the NHS as a result of a boost to funding for the sector.