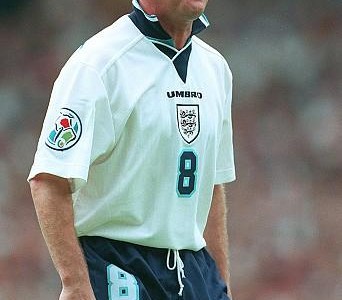 Former England international Paul Gascoigne has revealed he is spending tens of thousands of pounds on fixing his crooked teeth.

The ex-footballer stated he is forking out £35,000 for dental implants from a private clinic in order to improve his looks.

Speaking to the Mirror, the former Lazio and Tottenham Hotspur star explained he will be having three operations, with dental implants screwed into his jaw.

“I’m having them so I’ll look handsome. Simon Cowell has no chance – he won’t even get a look in,” said Gazza, who added: “I had a one-hour-forty-minute operation this week. It’s costing £35,000. I’ve got two more sessions to go.”

Gascoigne, who famously cried on the football pitch at the semi-final of the 1990 World Cup in Italy when his booking meant he would miss the final if England won through, noted the dental surgery is part of his ongoing recovery from alcohol addiction.

He told the newspaper his new fitness regime involves running and completing hundreds of sit-ups every day.

Gascoigne – who also played for Rangers, Middlesbrough, Everton and Burnley during his career – added it gives him a “buzz” when people comment on how well he is looking after his 15-year addiction to alcohol.

The star – who picked up over 50 caps for his country – is the latest famous face to undergo surgery in a bid to improve the look of their smile.

Happy Mondays singer Shaun Ryder recently urged X Factor winner James Arthur to book himself in for cosmetic dentistry work in order to give him a better grin.

In an interview with the Sun, I’m a Celebrity contestant Ryder stated he is a fan of the Impossible number one singer, but he needs to have his teeth fixed to enjoy his career for longer.