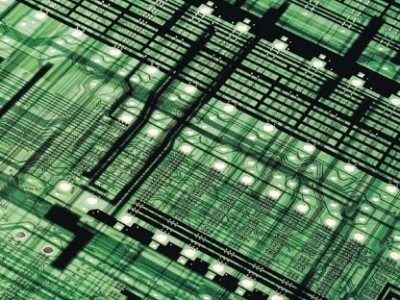 Oral health is not usually known as an area in which a great number of scientific breakthroughs are found, however that could soon change thanks to researchers from Penn State University in the US. The scientists have produced a fuel cell powered solely by human saliva, that could have a variety of health benefits.

The chip does not produce a huge amount of power; in fact, it can only manage about one microwatt. However, the researchers said this is “tiny but sufficient”. One microwatt is about enough to power some watches and calculators, and hopefully some medical devices that will make oral health easier.

For example, it is thought that this could power a chip that warns people suffering from epilepsy when they are close to a seizure, or helps with female family planning and reproductive health. This could end up being a major health benefit for all sorts of people, the only prior obstacle to which had been power.

The energy produced by the fuel cell comes from the organic and inorganic chemicals found in saliva. These can be used as ‘food’ for bacteria in order to produce power, meaning that medical devices powered by the new fuel cell could in theory keep going as long as there is saliva in your mouth.

However, chief executive of the British Dental Health Foundation Dr Nigel Carter believes that this development highlights the need for greater oral health, amid concerns that the devices would not work if a person’s saliva is unclean or diseased.

He said: “If your saliva is unhealthy, you may not be in a position to reap the benefit of the technology mooted in the research. Drinking alcohol, smoking, regular snacking on sugary foods and drinks and bad breath can contribute to unhealthy saliva, and are all habits I would advise people steer well clear of.”

Poor oral health is bad at the best of times, but can become a severe health risk if you are using a device that depends on your healthy saliva. “What it should emphasise to people is how important it is to keep their mouth healthy,” added Dr Carter.