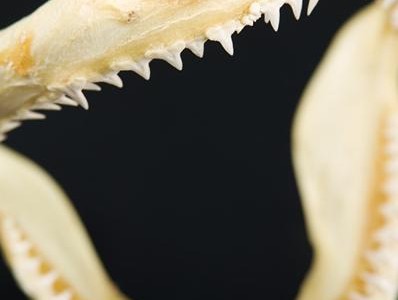 It may sound like science fiction, but researchers at the Georgia Institute of Technology in Atlanta and King’s College London have suggested that humans may one day be able to regrow teeth as adults, eliminating the need for crowns and dentures.

The research is based on the cichlid fish that is found in Lake Malawi. It is able to regrow any tooth that it loses over its life, rather than getting two sets like humans.

It is hoped that one day dentists could exploit similar genetic pathways to those that determine whether cells become tastebuds or teeth in the fish embryos.

There are several varieties of cichlid, each with different requirements for its teeth. For example, one species lives on plankton which it swallows whole, and as such does not need many teeth. However, a breed that eats algae scraped from rocks not only requires plenty of teeth, but needs to be able to replace any that get knocked out or damaged.

By looking at the genetic differences between these species, scientists are trying to locate the genes that are responsible for allowing new teeth to be grown in adulthood. However, if this is successful, they will still need to learn more about the way blood vessels and other structures are formed in teeth before they can apply their findings to humans.

Paul Sharpe, one of the study’s co-authors said:“The exciting aspect of this research for understanding human tooth development and regeneration is being able to identify genes and genetic pathways that naturally direct continuous tooth and taste bud development in fish, and study these in mammals.”

“The more we understand the basic biology of natural processes, the more we can utilise this for developing the next generation of clinical therapeutics: in this case how to generate biological replacement teeth.”

At present, around 60 per cent of world’s humans lose all of their teeth before the age of sixty, which can lead to a variety of health problems, as well as requiring substantial dental treatment.