Homepage » Fangs for the help: Tiger gets tooth treatment 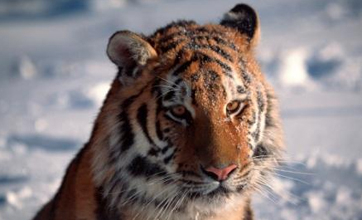 Every dentist has a patient that sticks in their mind. Maybe you treated someone who was incredibly nice to you, or (hopefully not) the opposite. Perhaps it was someone with a distinctive look or mannerisms. Whatever your most memorable patient is, they almost certainly aren’t as interesting as Dr Peter Kertesz’s latest.

The Brook Street dental surgeon was called out to Howletts Wild Animal Park in Kent, near Canterbury, to treat someone very unusual indeed. Dr Kertesz’s patient was none other than Amir, who had broken three of his front teeth. The odd thing about Amir is not his dental problem, however, but the fact that he’s a Sumatran tiger.

Weighing it at over 280lb (127kg), Amir is nine years old and is one of six animals at Howletts. After chipping his teeth, he was sedated and taken to the wildlife park’s on-site animal hospital for treatment. This was a difficult procedure, but it was decided that it would be best for the huge feline in the long term.

“Although the broken teeth weren’t causing him any discomfort, we knew that a filling would be the best course of action to prevent any deterioration,” said Ben Warren, head of the carnivore section at the park.

One of the chipped teeth was Amir’s right-hand upper canine, a massive fang at the front of his mouth. The root of a Sumatran tiger’s canine tooth is approximately six times as long as a human’s, so giving Amir the fillings he needed was not easy. However, Dr Kertesz proved himself to be up to the task.

The dental surgeon has a lot of experience – albeit mostly not involving tigers – as he has been working in the UK since qualifying in 1969. He probably did not expect that his 45-year-long career would lead him to Howletts Wild Animal Park!