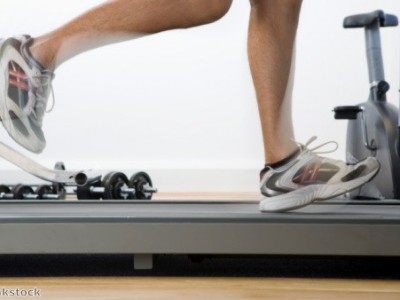 Many people are already planning a hefty dose of heavy exercise for January, in order to burn off the Christmas calories. However, older men may want to start right away for a different reason. It is not their gut but their gums that can be improved with exercise.

A study of males has found that one of the factors in developing gum disease is how much exercise people do, along with their age. The study, conducted by researchers at Hannover Medical School, looked at a group of 72 healthy men who were not active participants in regular sport.

The men also had jobs that predominantly required them to sit for the majority of the day, so they were all around the same approximate level of fitness. They were given an exercise test, and during this time their gums were assessed for levels of disease.

The researchers found that moderate to severe levels of gum disease were most highly associated with men aged 45-65, and with low levels of physical activity. Previous research has also found that regular exercise and avoiding becoming overweight can reduce the risk of developing gum disease by 40 per cent.

What this means is that, as a rule, a surefire way of avoiding the worst parts of gum disease is to exercise regularly. Most people have some form of gum disease, which is the leading cause of tooth loss in adults, however the rate the disease progresses can be slowed down drastically with a healthy lifestyle.

The British Dental Health Foundation (BDHF) also suggests brushing between your teeth, with items like interdental brushes or dental floss, in order to avoid the worst effects of gum disease.

Dr Nigel Carter, chief executive of the BDHF, said: “People see the health of their mouth and the health of their body as two very different things, but it is becoming increasingly clear that this just isn’t the case. This research pinpoints a very high-risk group who need to review their current habits.”