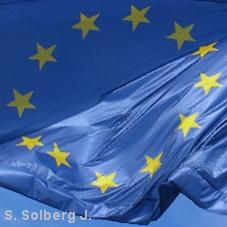 A joint initiative between UK and European dental bodies and associations has proposed targets to EU policymakers in order to address the challenges of rising costs and increasing inequality in oral healthcare in the region.

Known as the Platform for Better Oral Health in Europe, the proposed targets were presented at a roundtable discussion at the European Parliament, which was attended by public health stakeholders and EU policymakers.

Those involved are hoping the policies in the Platform will serve as a basis to assess EU member states’ progress towards increased prevention of oral diseases and improved oral health in Europe by 2020.

Another aim of the Platform is for a standardisation of European-wide dental regulations in three key areas; data collection systems, preventative policies, and education and awareness.

Those at the discussion heard how the burden of oral diseases continues to be a challenge in the region – particularly within southern and eastern European countries, where significant disparity exists. Furthermore, affordable treatment in these places is also becoming increasingly difficult to find.

This is something Dr Carter labelled as “especially worrying” given that many of these diseases are largely preventable – meaning treating them is a waste of finances and resources.

Speaking about the proposals in the Platform, he said: “These targets will attempt to assist in the development of a coherent European strategy for the promotion of oral health and the prevention of oral diseases.

“We must begin to recognise the common risk factors for oral diseases and other chronic diseases and work towards linking oral health policies across other European policies.”