Homepage » Eating sweets could soon be good for your teeth 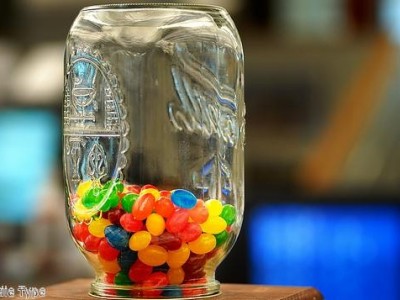 Most practices opt to display dental marketing posters warning against eating sweets, in order to improve their patients’ oral health. However, in the future the opposite could be true. Dentists may well end up encouraging patients to eat more sweets, and all thanks to a team of researchers in Germany.

The researchers, from Organobalance GmbH in Berlin, believe that they have found a way to create sweets that can help those who eat them protect their tooth enamel and prevent cavities. This is all achieved using the balance of ‘friendly’ and ‘unfriendly’ bacteria that reside in our mouths.

The reason people get cavities is that when they eat food, bacteria in their mouths release acid that dissolves tooth enamel. The most common type of unfriendly bacteria that does this is known as ‘mutans streptococci’.

However, there is a friendly bacteria that can reduce, or even get rid of, the population of mutans streptococci in our mouths. It is called ‘lactobacillus paracasei’, and the Organobalance GmbH researchers found that it binds with the mutans streptococci and prevents it from attaching to our teeth.

The mutans streptococci is then unable to do any damage with its acid, and is harmlessly washed away by our saliva. The research team, which is led by Christine Lang, found this out in trials with rodents.

In a human trial, the Organobalance GmbH team gave 20 people sweets containing one milligram of lactobacillus paracasei that had been heat-killed. Another 20 were given sweets with a two milligram dose of the bacteria, and a third group of 20 were given bacteria-free sweets as a control group.

The participants were not allowed any kind of oral hygiene during the one and a half day study, nor were they allowed to consume coffee, tea, wine or probiotic foods. The researchers found that 75% of the participants who ate sweets containing lactobacillus paracasei had “significantly lower” levels of mutans streptococci in their saliva than before.

Eating the sugar-free sweets also produces more saliva, which is beneficial to oral health. There is no word on whether or not the sweets will be seeing a retail release any time soon.