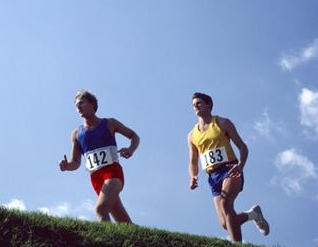 In the last few years, newspapers have bombarded people with seemingly contradictory health advice. From fad diets that each ban you from eating a different thing, to the thousands of supposed causes of cancer, it is unsurprising that many Britons have no idea what is healthy and what isn’t anymore.

The latest discovery sure to hit the headlines is a correlation that was discovered by a team of German researchers between poor oral health and triathletes. However, dentists need not warn their patients away from running just yet, as the truth is a bit more complicated than that.

The researchers, from the University Hospital in Heidelberg, Germany, took 35 triathletes and 35 ‘normal’ people in a control group. They examined all of the participants’ oral health through a variety of tests and questionnaires, finding that the triathletes had an increased risk of dental erosion.

So does this mean that running causes poor oral health? Yes and no according to Dr Cornelia Frese, one of the researchers that worked on the project. She told Runner’s World that the higher risk of dental erosion was partly caused directly by the running, as hard exercise causes athletes to breathe through the mouth, which dries it out.

This means there will be less saliva in athlete’s mouths. Saliva protects the teeth, so the less of it there is, the higher the chance of dental erosion. However, the researchers also see that there is more to it than simply running causing tooth decay.

Dr Frese also told Runner’s World: “The triathletes’ high carbohydrate consumption, including sports drinks, gels, and bars during training, can lower the mouth’s pH below the critical mark of 5.5.” In other words, the athletes consumed a lot of sugar to give them the energy to complete their triathlons.

This highlights an important aspect of sugar: exercise doesn’t make it go away. Many people eat a lot of the substance and exercise enough to stop themselves gaining weight. However, as the study shows, the sugar will still have an effect on teeth. If anything, exercise can even make it worse.