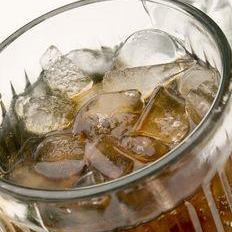 Diet drinks are as harmful for your teeth as crack cocaine or methamphetamine, a new study has revealed.

The shocking research from the Temple University School of Dentistry in Philadelphia suggests that the high acidity levels seen in diet drinks pose just as much risk to the tooth enamel as sugar.

Following the progress of a woman in her thirties who drank two litres of diet soda every day for five years, results showed she had similar tooth erosion to that of drug-users.

Professor of restorative dentistry, Dr. Mohamed Bassiouny, said of the study, “it is startling to see the intensity and extent of damage more or less the same”.

Dr Bassiouny suggested that the damage done was akin to a 29-year-old methamphetamine addict and a 51-year-old crack cocaine user.

This is a very serious problem which needs to be addressed in dental practices nationwide. Many people have drinks such as Diet Coke or Diet Pepsi in order to cut back on the calories, while still getting the same taste and caffeine buzz as in regular drinks.

Low-fat options have also been linked with other long-term medical disorders including cardiovascular disease and metabolic problems. In spite of previous national health warnings, these drinks remain as popular as ever and are commonly used together with alcoholic beverages.

Dental professionals should use this study as a chance to warn patients about the negative oral effects of such brands. A dental poster or dental welcome pack could be used to provide key information to fans of fizzy drinks.

Spokesman for the Academy of General Dentistry, Dr. Eugene Antenucci, said he was not surprised by Bassiouny’s findings. He agreed that excessive consumption of carbonated drinks can cause “very deep brown stains, where it’s actually eroded into the tooth” making the tooth “soft and leathery”.

Although the American Beverage Association was quick to issue a statement to combat the research, it is important to set the study as an example to patients.