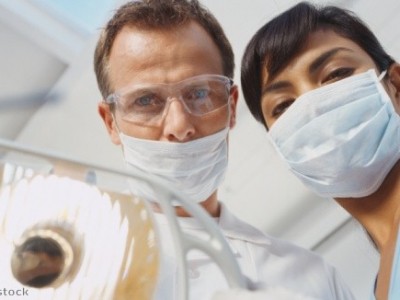 Dentistry has never been a 100 per cent popular profession. People don’t like visiting the dentist for a number of reasons – largely nervousness about procedures – and this often manifests itself as hostility. However, dentistry is important in order to safeguard the oral health of the UK, and few people would say that the profession isn’t necessary.

Nevertheless, chair of the British Dental Association (BDA) Dr Mick Armstrong has warned that the dental profession is under attack. The aggressors in this supposed battle? “Governments, regulators and the fearfulness of politicians,” according to Dr Armstrong.

The BDA’s chair was speaking at the 2014 British Dental Conference and Exhibition in Manchester on April 10th when he made this surprising announcement. This is one of Dr Armstrong’s first major statements since he was elected to the position of chair in March 2014.

His argument was that dentists are facing a “double standard” in the UK. Dentists are expected to show a certain standard of professionalism, yet they are not treated with the same by those in charge, and by the general public overall.

Some of the examples cited by Dr Armstrong of this include “inadequate funding uplifts awarded to dentists this year, the shortcomings of regulators in dealing with the profession and the lack of conviction of some politicians in their approach to publicly-controversial but evidence-based measures such as water fluoridation”.

Politicians and other regulators do not seem to be respecting the numerous correct choices that dental staff make every day, said Dr Armstrong. This has led to people being overly critical of the profession, when they should be treating it with respect and gratitude.

Of course, dental health professionals can help to reverse this trend. Using dental marketing effectively can be one way to encourage your patients, and those in your local area, to see you in a different light and think of the profession overall more positively. The more dentists who do this effectively, the more Dr Armstrong’s double standard will be reduced.