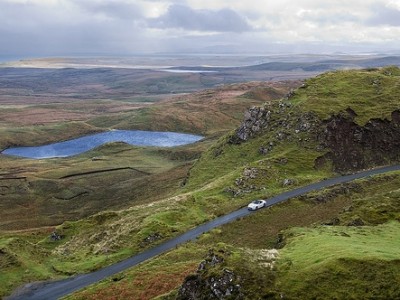 Dental care in the UK is usually available for everybody. However, this is not the case on the far-off Isle of Skye, where over a thousand people are stuck on waiting lists hoping to see a dentist soon. A shortage of dentists has led to the problem, with some residents facing hundreds of miles of travel to get proper oral care.

There are four practices in Skye. Two service the northern part of the Isle, one located at  Portree and one at Dunvegan. Another two are situated on the mainland, on the other side of the SkyeBridge. They are both located in Kyle of Lochalsh, and service the southern half of Skye. This number is far too small to cater for the entirety of Skye’s population.

In total, 1,630 people are on waiting lists to join NHS practices. This amounts to roughly one in seven people, or 13 per cent of the population. The waiting lists have been slowly building up over many years because of the extreme shortage of dentists.

Representatives of NHS Highland said they were confident that the next few months will see a reduction in waiting times as the situation generally improved. However, at the moment many residents of Skye face extremely long trips if they want to receive dental care.

Residents needing check-ups or other dental treatments face trips of over 100 miles to another dentist. The practices they are having to visit are located in places such as Dingwall, which is 102 miles away, or Fort William, which is 108. Some are even having to travel the 113 miles to Inverness.

Catriona Leslie, a resident of Portree, was unable to receive dental care in her home town so has been forced to register in Dingwall. She said: “I didn’t even bother trying to sign on for an NHS dentist on Skye because I knew there was a waiting list of more than 1,000. Dingwall is a long way to go to see a dentist, but there was no alternative. I would much prefer to see an NHS dentist close to home, if that was possible.”