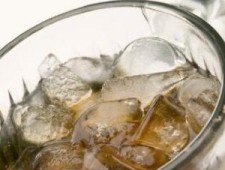 A call to ban junk food adverts on British television before the 9:00pm watershed has been supported by the British Association of Dental Therapists (BADT).

This support follows the original call to the government from the British Heart Foundation website on the ban, due to its exposure to millions of children each day.

The foundation highlighted that these adverts were particularly popular during breaks in reality TV shows such as The X Factor and soap operas like Hollyoaks.

According to research from the British Heart Foundation, around 1.2 million children aged between 4 and 15 watch The X Factor and are privy to adverts for food high in sugar and salt.

Speaking on the effect of adverts, Fiona Sandom, president of the BADT, said: “These findings coincide with a US study that reveals yet more evidence to support the claims that food and advertising has a strong influence on the eating behaviour of children, particularly when it comes to junk food.”

Although the British Heart Foundation is appealing to the government over the growing levels of childhood obesity in Britain, the problem is also prevalent in the dental health of children.

Ms Sandom referenced a Swedish study that showed that “for every hour in front of the TV, the child’s likelihood of drinking a sugary beverage increased by 50 per cent” due to more exposure to junk food adverts.

She continued on to say that she believes that “intervention and education” are the most important facets to improve children’s dental health benefits. She said that this is the only way to prevent problems with dental decay in British children.

Ms Sandom mentioned the Welsh government’s national programme, Designed to Smile, which encourages parents to supervise their children when they’re brushing their teeth and take part in education sessions that allow children to have a look at nutrition and healthy food choices to improve their teeth.