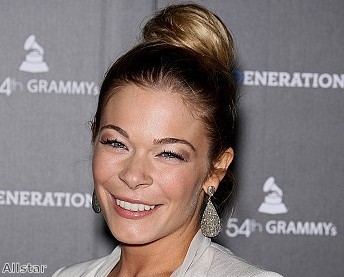 Singer Leann Rimes has been forced to cancel some of her shows as a result of a dental emergency that led to her having to undergo surgery.

The star was due to perform in New Philadelphia, Ohio on Thursday (July 26th) but had to delay the performance because of the pain she was experiencing.

She was also lined up to sign in Carmel, Indiana the following night and this show has also been postponed as a result of the surgery.

Rimes apologised to her disappointed fans on her Twitter page, which has more than 300,000 followers, explaining she was “so sorry” for having to cancel the performances in the US.

“We’ll make it up any show missed as soon as we can. I’m in bed, have been & trying to alleviate the pain,” she said, adding a detailed description of the operation to the site.

Rimes is famous for worldwide smash hits such as How Do I Live and Can’t Fight the Moonlight.