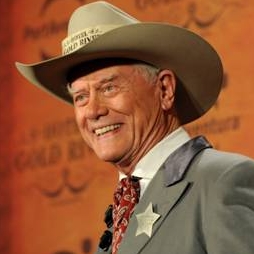 The death of Dallas star Larry Hagman acts as a reminder of how deadly mouth cancer can be and how the demographic of those affected by the disease is changing.

This is according to the British Dental Health Foundation, which noted Hagman passed away recently at the age of 81 after being diagnosed with the disease.

Chief executive of the foundation Dr Nigel Carter explained his death ought to remind people of the dangers of mouth cancer and how “deadly” it can be.

“Latest figures show more than 6,000 cases have been diagnosed in the UK. Without early detection, half of those will die,” he said.

Throughout November, the foundation was running Mouth Cancer Action Month in a bid to raise awareness of the disease, which figures show is deadlier than testicular and cervical cancer.

Dr Carter pointed out that the number of young people being diagnosed is on the rise, so it is vital awareness of the disease is increased so individuals know what increases the risk of them developing the cancer in the future.

Heavy drinking and smoking have both been shown by studies to boost the likelihood of a person being affected by mouth cancer.

Data shows that a third of all Brits are currently unsure of whether they are at risk from the disease, indicating a lack of public knowledge about mouth cancer.

“It is really important everyone knows the risks and is aware of what they should be looking for. Our advice to everyone is simple. If in doubt, get checked out,” said Dr Carter.

New research has shown that only one in four (27.8 per cent) people are able to identify human papilloma virus (HPV) as a cause of mouth cancer, while almost half (45 per cent) of the survey’s respondents were unaware the sexually transmitted disease was contracted through unprotected sex.