Homepage » Can exercising harm your teeth? 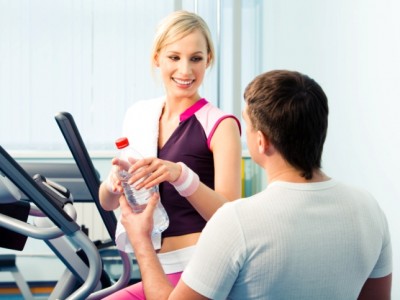 For a while now, it has been thought that exercising could be bad for teeth. However, the reason why has eluded researchers. At first it was assumed that sugary sports drinks – which are often consumed during workouts – were responsible for the higher levels of tooth decay in athletes. However, this does not seem to be the case.

Scientists from the Department of Conservative Dentistry in the School of Dental Medicine, University Hospital Heidelberg, conducted a study on “the impact of endurance training on oral health”. The aim was to find out what exactly causes athletes to suffer from higher levels of tooth decay.

They took 35 triathletes and 35 non-exercising controls and subjected them to a series of tests, a lot of which involved testing the participants’ saliva. They also had to fill out questionnaires and take interviews on their diet and how much exercise they undertake in general.

The results showed something relatively surprising. First of all, there did not appear to be a correlation among the triathletes between the amount of sports drink they consumed and levels of tooth decay. However, a strong correlation was found between dental caries and weekly training time.

The athletes who trained for longer had, on average, more tooth decay. So it seems exercise contributes to dental caries. The saliva test conducted by the researchers shed more light on this particular aspect of the study.

They found that exercise does two things to saliva. First, it causes less of it to be produced, even if you drink water while exercising. Secondly, it increases its pH, making it more alkaline. These two things combined increase the chances of developing dental caries.

So should you encourage people to stop exercising for the sake of their teeth? Absolutely not. Your dental marketing should encourage people to get out and about for their general health. However, it is helpful to be aware that athletes may require preventative measures to help guard against tooth decay while exercising.