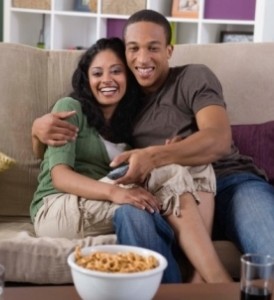 The World Cup has officially kicked off, and football fans all over the globe will be eagerly awaiting the next match with breathless anticipation. For the next month, people will be scheduling their social life around each match, knowing full-well that they will not be able to avoid people spoiling the score the next day if they miss a game.

As such, a huge 90 per cent of the UK is planning to stay up and watch the games, even though several of the kick offs don’t occur until 11:00pm or even 02:00am. This is according to a recent poll from the British Dental Health Foundation (BDHF), which is concerned about the effect the tournament will have on the nation’s teeth.

That may seem like a bizarre link to make, but people staying up until the early hours are much more likely to need to snack to keep them going through the night. Just over one in every five (21 per cent) of these people will then forget to brush their teeth, making it important for football fans to avoid anything too sugary.

It is recommended that people leave at least 45 minutes after eating before brushing your teeth, as the excess acid from the food can cause damage for up to an hour after it is consumed. Waiting this long is unlikely to happen if you are tired and emotional after staying up to watch the World Cup, and just want to go straight to bed.

The BDHF recommends that if you don’t get a chance to brush your teeth, you should at least drink a glass of water or milk before sleeping. This is not as effective as brushing, but it will help to neutralise the damage caused by eating snacks.

Dr Nigel Carter, the BDHF’s chief executive, said: “If sweetened foods and drinks are constantly being eaten, which is entirely plausible during the World Cup games, the mouth is constantly under attack and does not get the chance to recover. It is very important to remember it is not how much sugary food or drink have, it is how often you have them.”