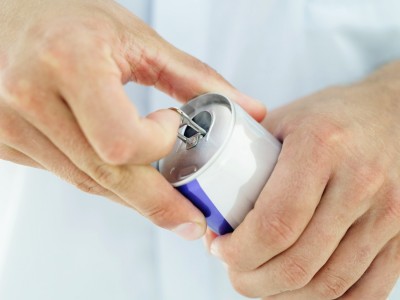 The British Dental Health Foundation (BDHF) has announced its support for two UK schools that introduced bans on sugary drinks. Going one step further, the oral healthcare charity has called for the government to introduce similar measures across the country in order to reduce the rate of tooth decay in the UK.

Both Burnage Media College in Manchester and William Howard School in Brampton, Cumbria, have made it against their school rules to bring energy drinks onto the premises. As well as containing a very high amount of caffeine and other energy-boosting chemicals, these drinks contain high levels of sugar.

A single 500ml can of Relentless Origin energy drink contains 50.5g of sugar. The NHS recommends that an adult male consumes no more than 70g of sugar a day, and an adult female no more than 50g. These amounts will be much lower for children.

Sugar is a major concern for UK children. One in every four children starting school are suffering from tooth decay, and sugary drinks are one of the main culprits. The issue often stems from the fact that people underestimate how unhealthy drinks are, so a parent may be unwilling to let their child eat too many sweets but let them drink sugary soda.

Dr Nigel Carter, chief executive of the British Dental Health Foundation, said: “Drinks packed with sugar have long been problematic to oral health. The Foundation has supported a number of policies designed to curb sugary drinks consumption from a number of health initiatives, and still the government has not acted.

“School meals can be extremely hazardous to oral health, particularly if parents are happy to satisfy their child’s sweet tooth and send them to school with fizzy drinks, sweets and chocolate bars. Children aren’t born with a sweet tooth, it’s picked up over time due to their early years diet.”

In addition to being extremely good for children’s oral health, a ban on sugary drinks in schools could also have an impact on childhood obesity. Cutting down on the amount of sugar in the UK’s diet is vital in order to reduce tooth decay.