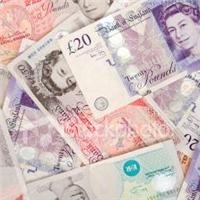 The British Dental Association (BDA) has again publicly backed calls for a tax on sugar. The idea is that such a tax would be an effective way of targeting the cause of tooth decay, rather than merely treating the symptoms. The BDA has supported the policy since 2013, when it launched the Make a Meal of It campaign.

The move came as new research from the Children’s Food Campaign (CFC) suggested that a 20p per litre tax on sugary drinks could save the NHS £300 million over 20 years. Startlingly, this figure does not include dental health costs, which could make the total figure significantly higher. Instead, it focuses on cost saving from conditions such as diabetes, bowel cancer and coronary heart disease, which are linked to obesity and high levels of sugar consumption.

Soft drinks are the biggest single cause of tooth decay in children and teenagers. It is believed that taxing these products could have the biggest impact in built-up areas, where there are greater proportions of young people.

While the government has already introduced a series of voluntary pledges with the food and drink industry, but these tend to target calorie and salt levels, rather than sugar.

BDA scientific advisor Professor Damien Walmsley said: “A tax on sugary drinks and food is a no brainer. It’s a scandal that one in eight of our three-year olds currently experiences tooth decay. It’s time we tackled the problem at source.”

Earlier this month, Dame Sally Davies, the chief medical officer for England, also suggested the policy to the House of Commons health select committee. She said that further research may prove that sugar is addictive, and that curbing intake is key to tackling a range of widespread health problems.
However, she explained that a tax on sugar should be a last resort after other public health campaigns have been tried. She felt that education was crucial when it came to soft drinks, saying: “People need to know one’s fine, but not lots of them.”