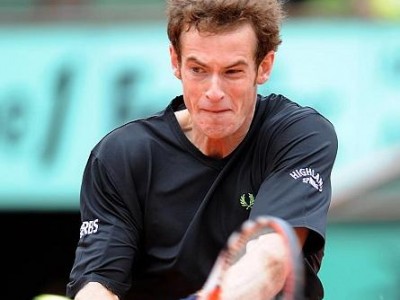 British tennis star Andy Murray got so drunk celebrating his win at the US Open last year that he brushed his teeth with face cream on the flight home.

World number two Murray became the first British male in over 70 years to win a grand slam title when he triumphed over Novak Djokovic in the final in New York in September 2012.

Murray’s partner Kim Sears told the amusing story in a BBC documentary about the tennis player that screened on Sunday night (June 23rd) ahead of this year’s Wimbledon tournament.

“I woke up and he said ‘I’ve had a few glasses of champagne. You’ll never guess what I did. I went to the toilet to brush my teeth and used face cream by accident. I think it shows [he is] a little bit of a lightweight. Maybe the altitude made it worse,” she said.

Murray, who is the number two seed, got off to a good start in his first round match against German player Benjamin Becker on the opening day of this year’s Wimbledon, beating his opponent easily in straight sets.

He will be in action again later today, facing up against Yen-Hsun Lu on Court One this afternoon for a place in the third round. Murray will be hoping to go one step further than last year, when he lost in the Wimbledon final to Roger Federer.

However, Murray was victorious at the All England Club just a few weeks later when he beat Federer in the Olympics final to win the gold medal in the men’s singles event for Great Britain.

Let’s hope that if he does win Wimbledon this year he is a bit more careful with his teeth-cleaning regime after he has had a few celebratory drinks.

Dentists can provide important information about how vital it is to keep teeth clean and healthy by using dental marketing materials. Those who do not brush their teeth properly risk developing a range of health problems, which could include gum disease, as a result.