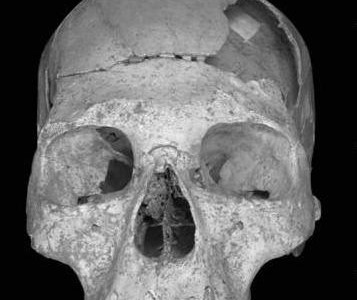 Archaeology has once again collided with dentistry after the discovery of skeletons from the middle ages. The state of the skulls’ teeth has been studied intensely, as it contains hardened plaque that could unlock the secrets of medieval oral health.

The skeletons, which are thought to be over 1,000 years old, were found at a site in Dalheim in Germany. Researchers have been rushing to unravel the knowledge contained in the teeth found at the site, as the microbial plaque found on them could tell historians a lot about the medieval diet and the state of oral healthcare in the past.

The plaque has been described as a “microbial Pompeii” due to the well-preserved nature of what was found there. Effectively, the hardened plaque created an environment where bacteria and particles of food could be preserved without decaying, so researchers have been able to study them.

One of the most eye-opening discoveries that the researchers uncovered was that the bacteria that cause gum disease have not changed in the millennium between the lifetime of the skeletons and our own. This is unusual, as our diet and lifestyle is most certainly different, to a great degree.

The scientists also found that, despite the fact they were not invented until the 1940s, the bacteria from the 1,000-year-old plaque already had the basic genetic code for resistance to antibiotics. This could potentially help to inform current research in order to tackle the problem of antibiotic-resistant microbes.

The tartar on the medieval teeth was also tested, and the results hinted at the diet of the 1,000-year-old people. For example, it was found that people from this time period ate certain vegetables that had not so far shown up in the fossil record. This shows that these people had a healthier diet than previously thought.

Thanks to modern technology, we can know much more about past life simply by analysing the decay on ancient teeth. This can, in turn, help us develop and improve modern dental care.